ID_dea
How emblematic can be a tall-structure 5 times shorter than the city's top-tower? What iconographic power can have a building in a city whose ever changing coast-line does not stop rendering literal landmarks? ID_con is twisted ground generating a looping tower. It performs simultaneously as event-plaza and emblematic-frame; it is a topography that offers a three-dimensional arena in which Dubai's iconography is almost virgin: public space.

ID_dune
The ground-floor is conceived as a dune that reconfigures the Za’abeel’s Park artificial textures -grass, trees, flowers, water, and pavement- in a double set of twisted stripes forming linear gardens. Under the tower the stripes attached to cultural facilities are fulfilled with water. The remaining area renders a dune-landscape which attracts crowds for evening gatherings. The tower surface is covered with recycled PVC plates which, in exposition to sunlight, reflect a golden-sand gamma.

ID_iom
The void captured by the looping tower serves locally as a gigantic interactive screen. The void’s contour is equipment with a system of steam nozzles, laser-eyes and spot lights that transform the emblem into a giant tool capable to back-up the ground-festivals. Not only lighting games, texts, and images, but also rain, fog, steam, ice, and even snow, might fall from above.

ID_yll
At the top is located a panoramic café connected to the ground by a pair of circulation systems: (a) interior emergency stairs and a service elevator, and (b) a looping-lift whose capsules are based on the gyroscope and that operates as a hybrid between cable-cars and Luna-park weal. On an average speed of 21m/min, fourteen equidistant capsules of ten passengers each can complete a loop in 31 minutes. During rush hours, the capsules can be grouped in fours, speeding up the passenger movement.

ID_iogram
The structural principle, inspired by the “string of beads” -an accessory broadly used in the Arab and east-Mediterranean world- is conceived as a double direction system: a set of consecutive space-frame elements which support compression efforts -the amber beads-, and a cable-system -the string- that rigidifies and stabilises asymmetric efforts. This system is anchored to a horizontal underground RC structure. Besides structurally, formally and programmatically, ground and building perform as one single entity. 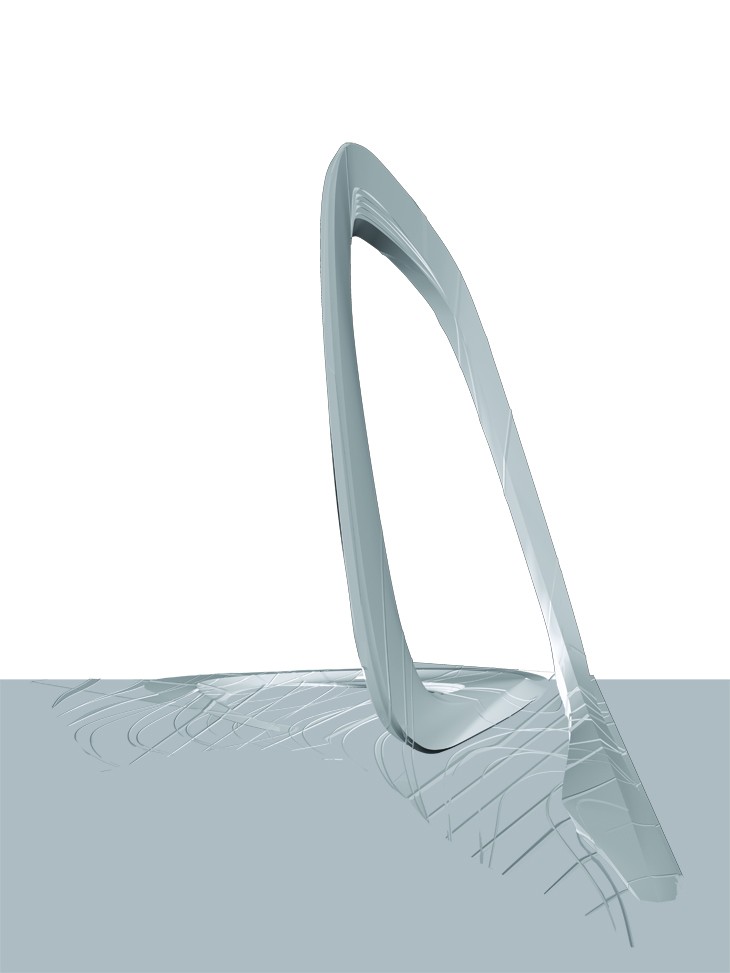 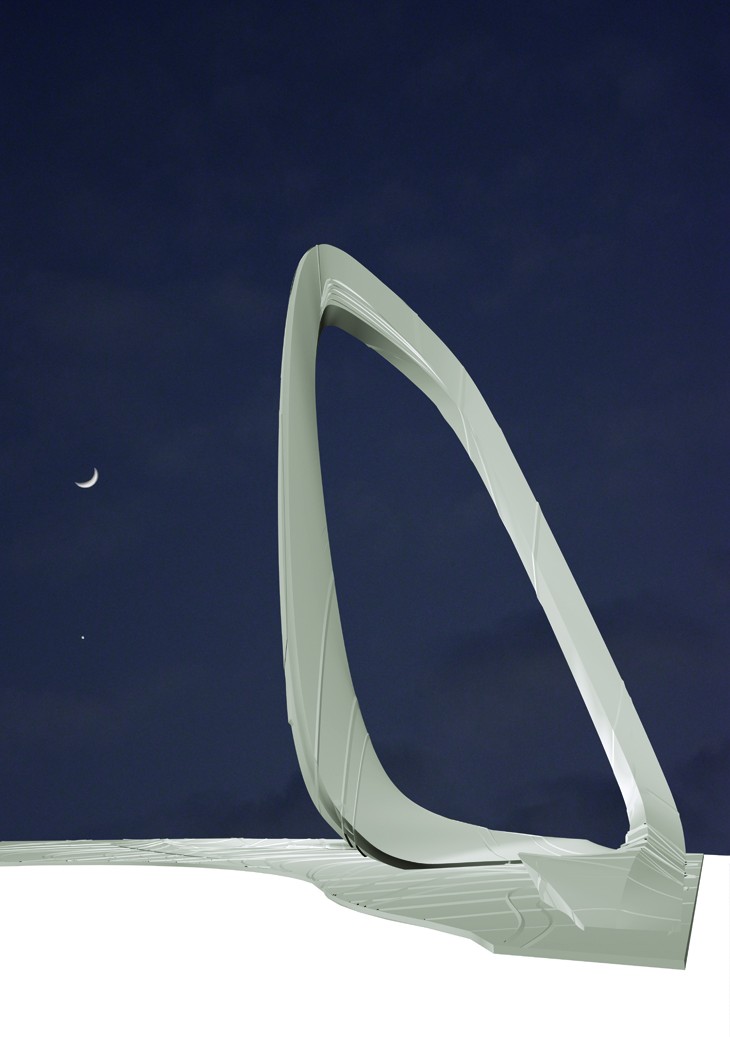 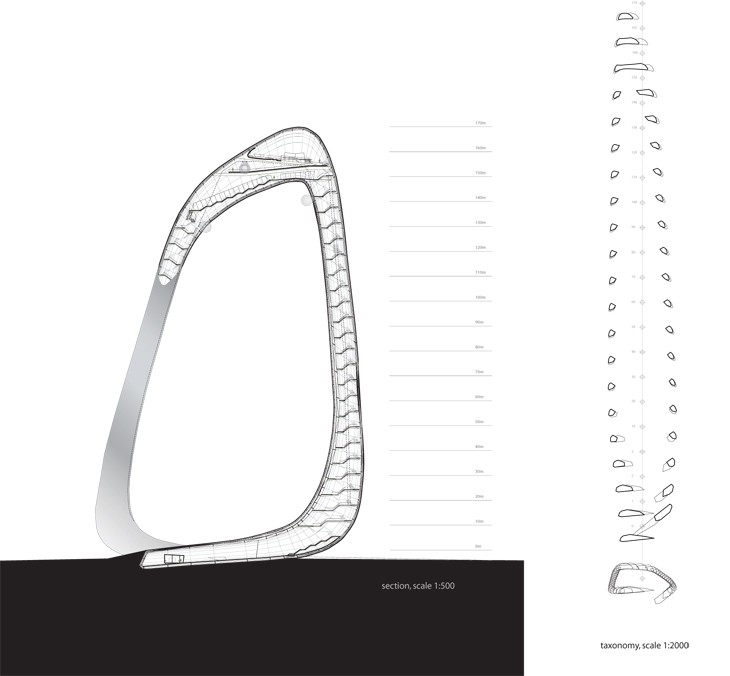 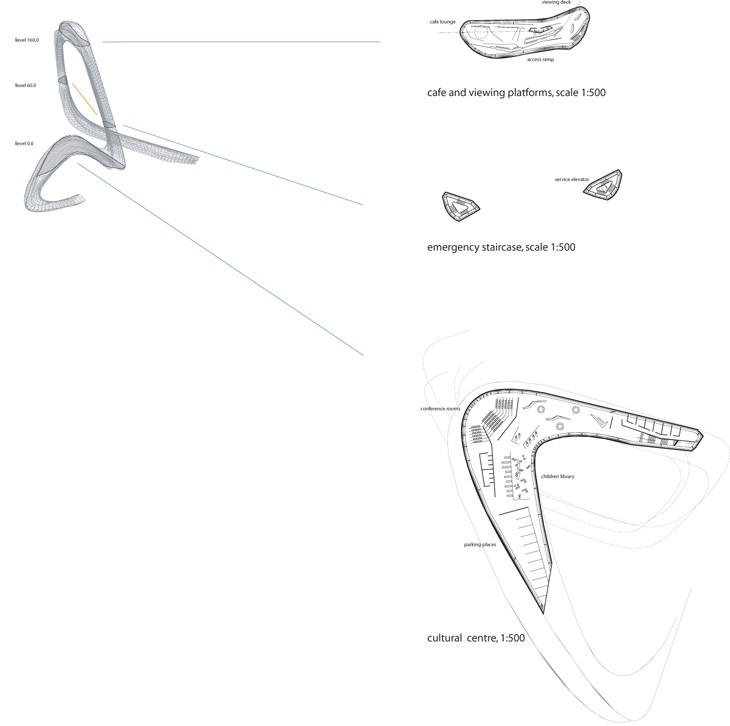 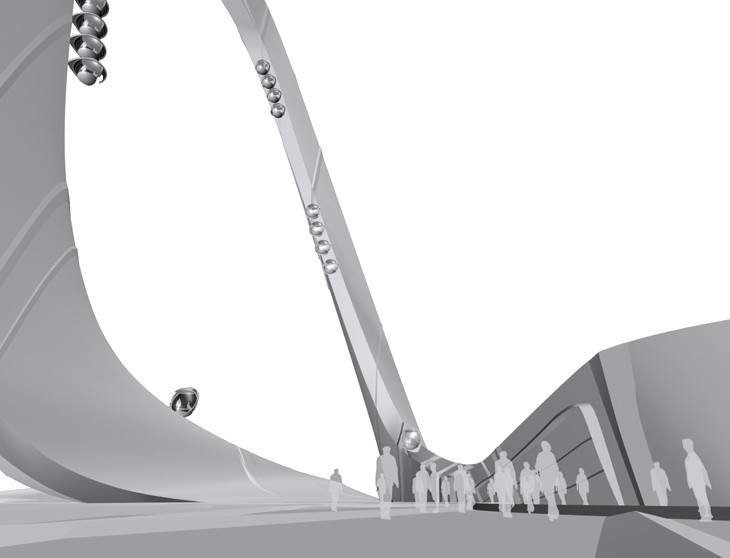 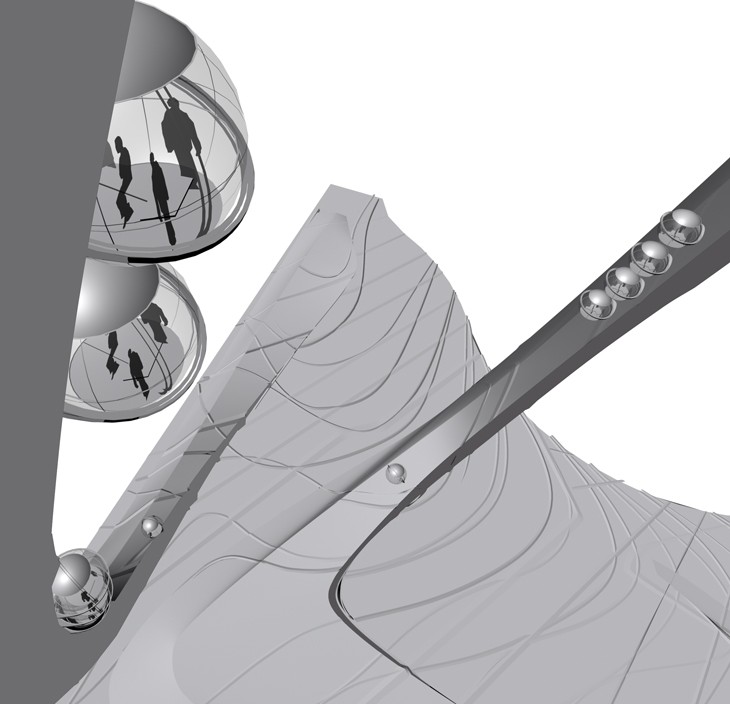 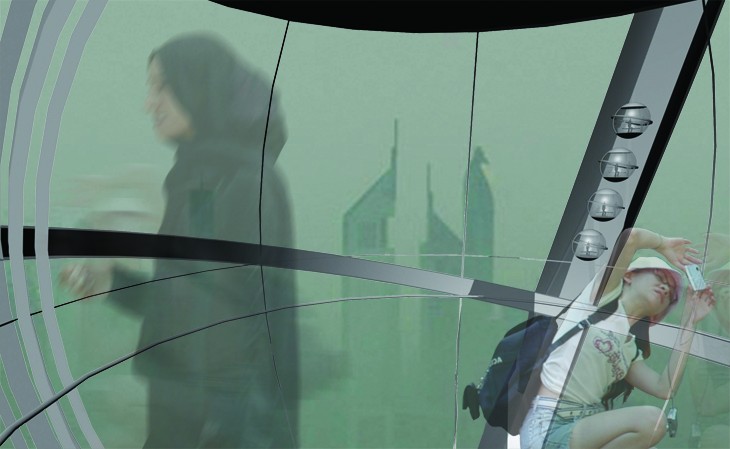 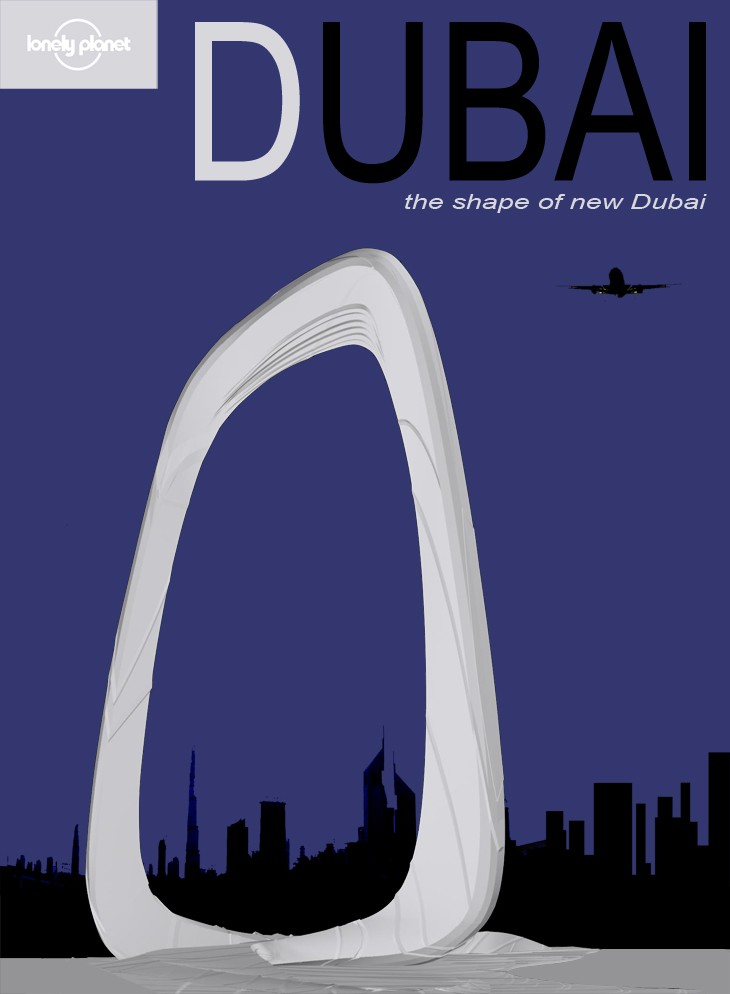 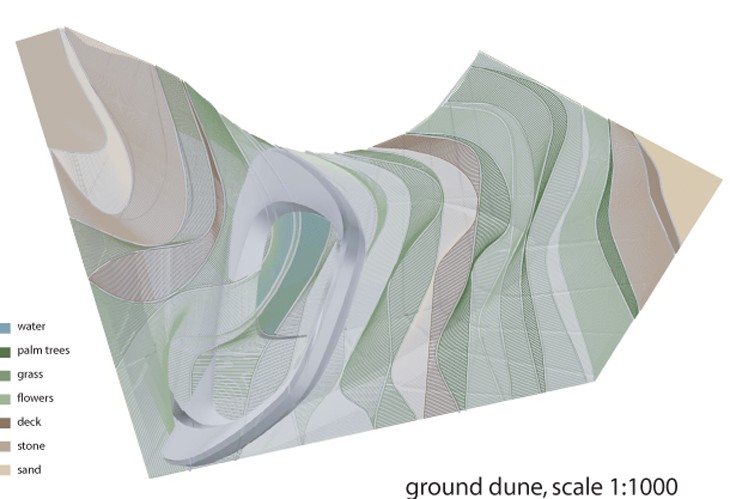 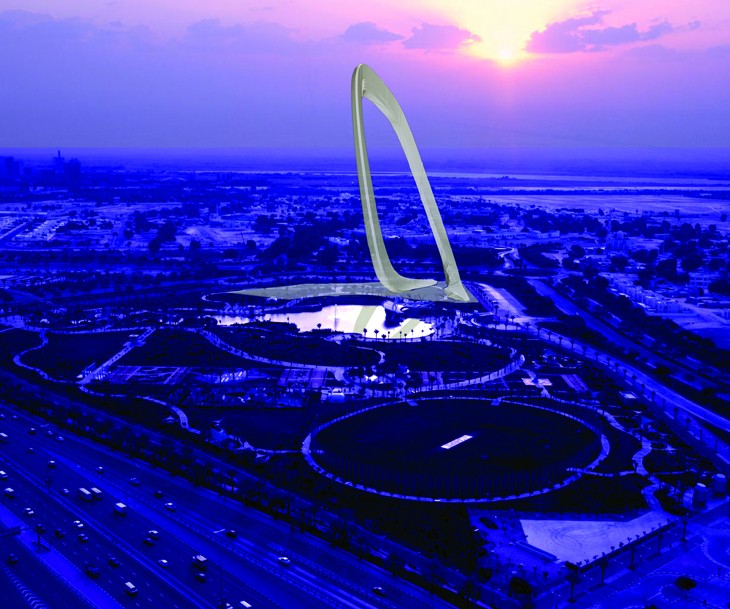